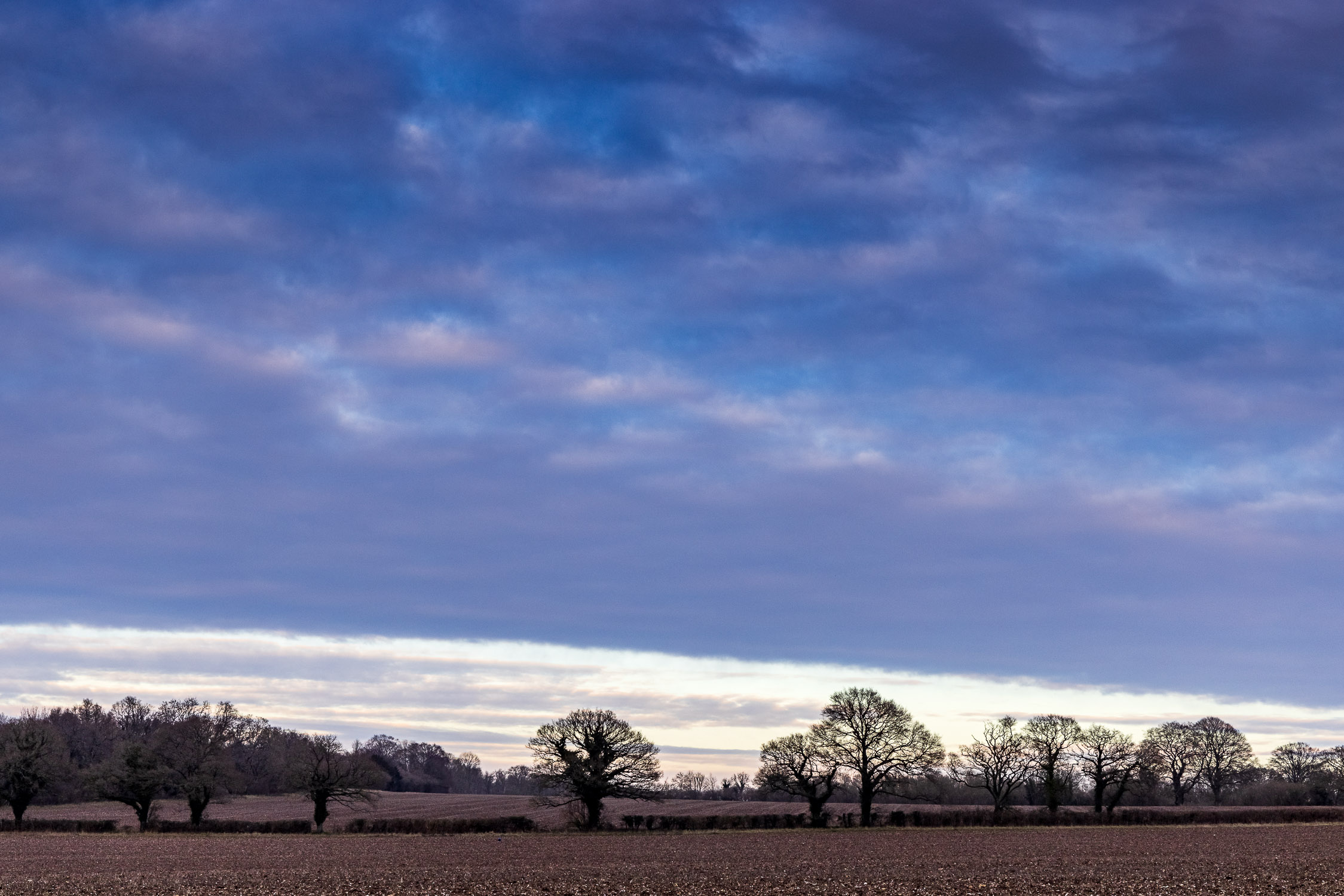 This image has done rather well on Flickr! since I uploaded it last week. It shows the hint of a sunset illuminating the underside of a weather front as it passes over the winter landscape near Alresford, Hampshire.

It was the last image captured at the end of one of our “holiday” walks over the Christmas period. The day had been mostly grey with just the occasional hint of something brighter as the cloud thinned or the sun broke through for just a fleeting moment. One of these moment came just after the sun had set, throwing just a hint of pink onto this scene. It is that, I think, that makes this image: a hint of warmth to contrast with the coldness conjured by the ploughed winter fields and skeletal silhouettes of the oak trees. Then there are the lines – of the field boundaries and the clouds, creating slightly uncomfortable angles as they sweep across the frame, creating depth and just a hint of drama.

Reynisfjall and the church, Vik

Late-night sunshine behind the mountains, Djupivogur