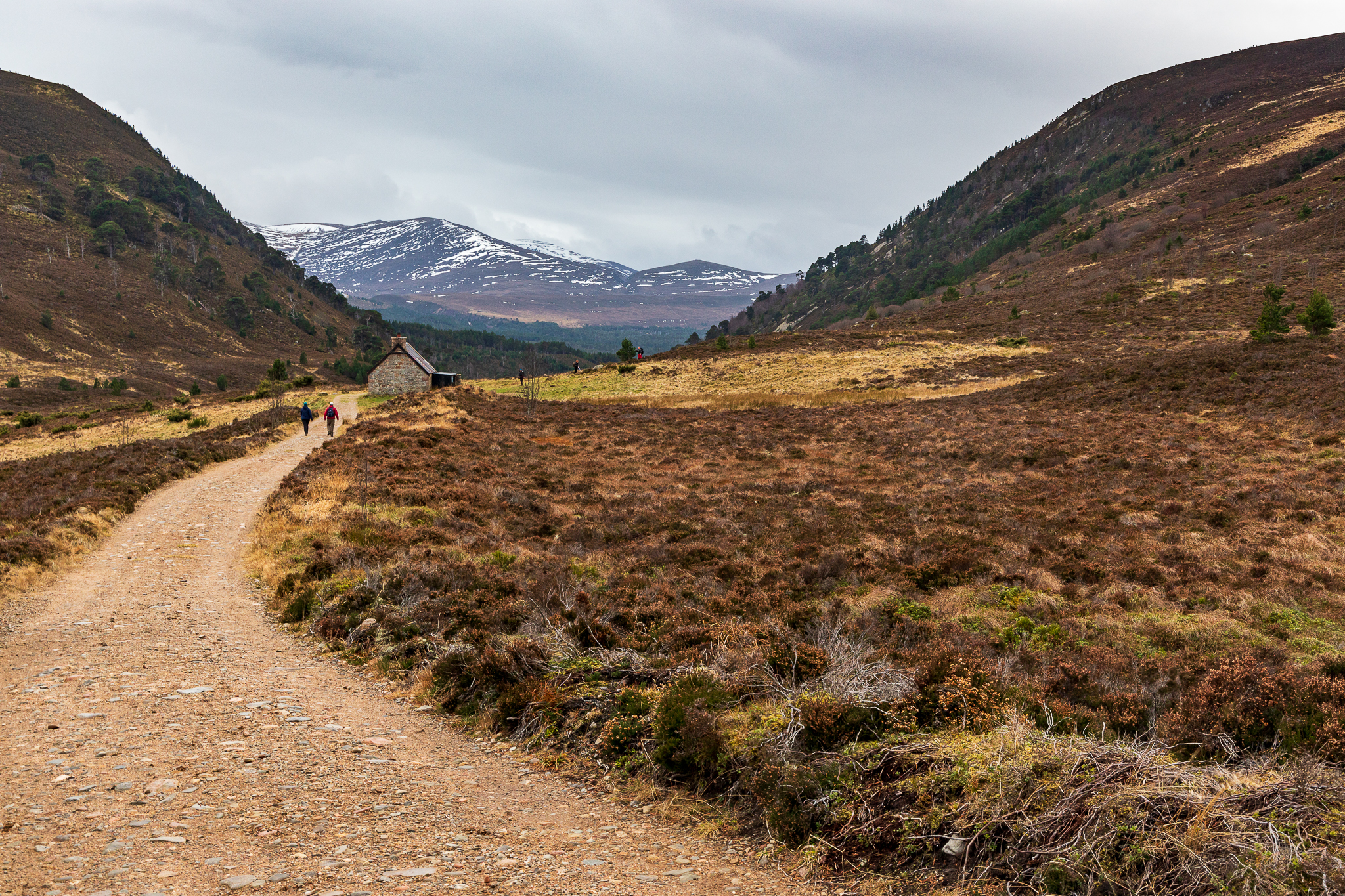 The Cairngorms. Despite a multitude of visits to the Highlands over a multitude of years, this was one area I had not really visited. I had driven through a couple of times on the road from Braemar to Speyside. I had skirted it who knows how many times on the A9, whizzing past the Aviemore junction and muttering to myself that I really ought to visit the Cairngorms sometime… Of course we had had another near-hit last time as we detoured via Ballater en route from Aberdeen Airport to Inverness, though that might have been the Grampians as I’m never too sure where the boundary lies… 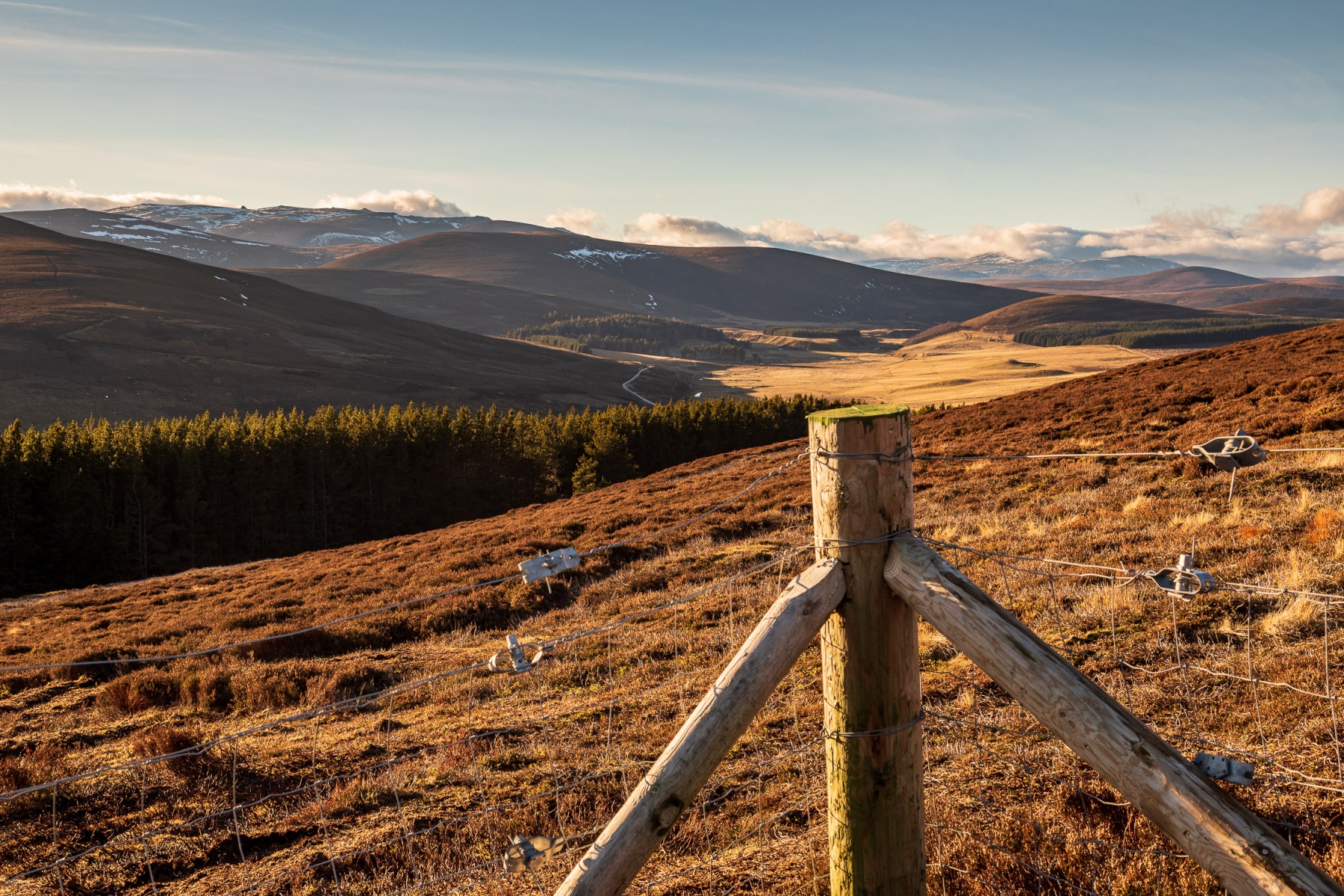 This time, though we were definitely heading into the boundaries of Scotland and the UK’s largest and wildest national park, even if we were still only picking at the loose threads of this huge area of subarctic plateau, bare-topped mountains, moorland, forest and loch at Glenmore Forest Park, nestling at the foot of Cairn Gorm mountain just east of Aviemore. The decision to visit was made to avoid the worst of the weather. Where we were staying at Drumnadrochit on Loch Ness was forecast to be the eastern battleground of a weather front pushing across the country. Everywhere below or to the west of this was forecast to be wet and windy. Further east was looking blowy but dry. Call me a lightweight, but I know which weather type I prefer for a decent stroll in the mountains… 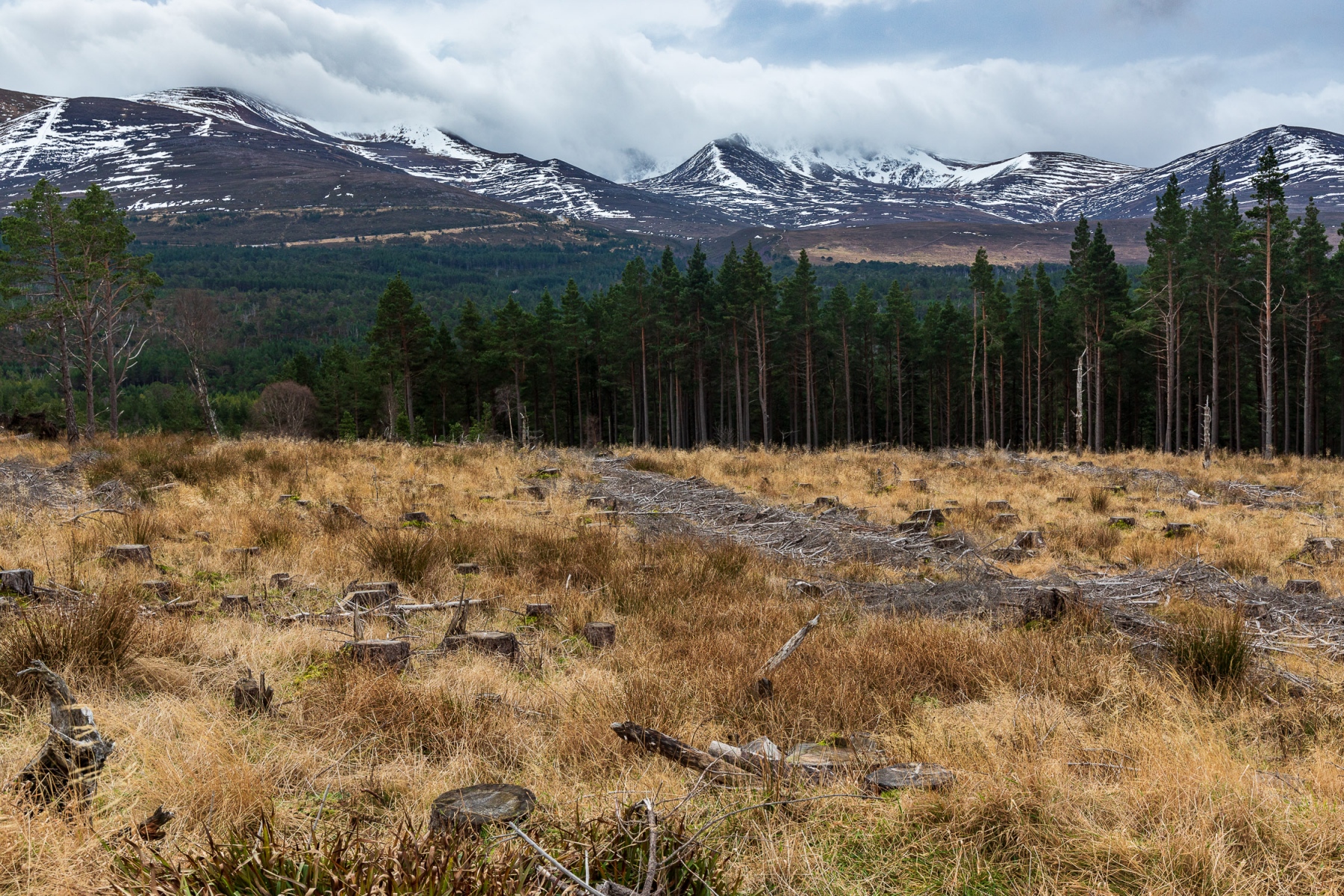 So this time, we did pull off the A9 and headed into Aviemore. I have always had a vaguely romantic image come into my head whenever I saw the name of this well-known town. I think it was an image born from a childhood book, but reinforced by its location at the foot of some of the country’s highest mountains with their reputation for being the snowiest and coldest place in the UK. In my head, I think I saw an Alpine ski resort, all promenading winter sports enthusiasts, expensive apres-ski bars full of posers in Gore-Tex and shop after shop selling outdoor gear to busloads of tourists, but somehow still with a romantic, cosy feel under glistening winter fairy lights. The problem is I also had this same romantic image in my head for Fort William, a name that conjures up the romance of Highland clans, but in reality, a place that delivers only grey, functional disappointment. With Aviemore, though, my imagined impression survived first contact with the truth. Aviemore had everything I expected – bars, restaurants, outdoor shops aplenty and a plethora of coach parking spaces, but it also had neat-looking houses and hotels, clean streets and a real countryside feel. It was quiet, though, very quiet. The UK as a whole, but Scotland in particular,  was experiencing unseasonably mild weather. The early Winter snowfall had long gone and with the freezing point being way above the tops, the snow covering was melting away on even the highest peaks. There were no skiers in town and with the damp, murky weather suppressing the outdoors interest of all but the most committed of visitors, the streets were far from crowded. Passing through, I was impressed and enjoyed the feel of the place, making a mental note to return and enjoy some of its hospitality at a future date. All that said, I have no doubt that during peak season, the town might have a very different atmosphere. 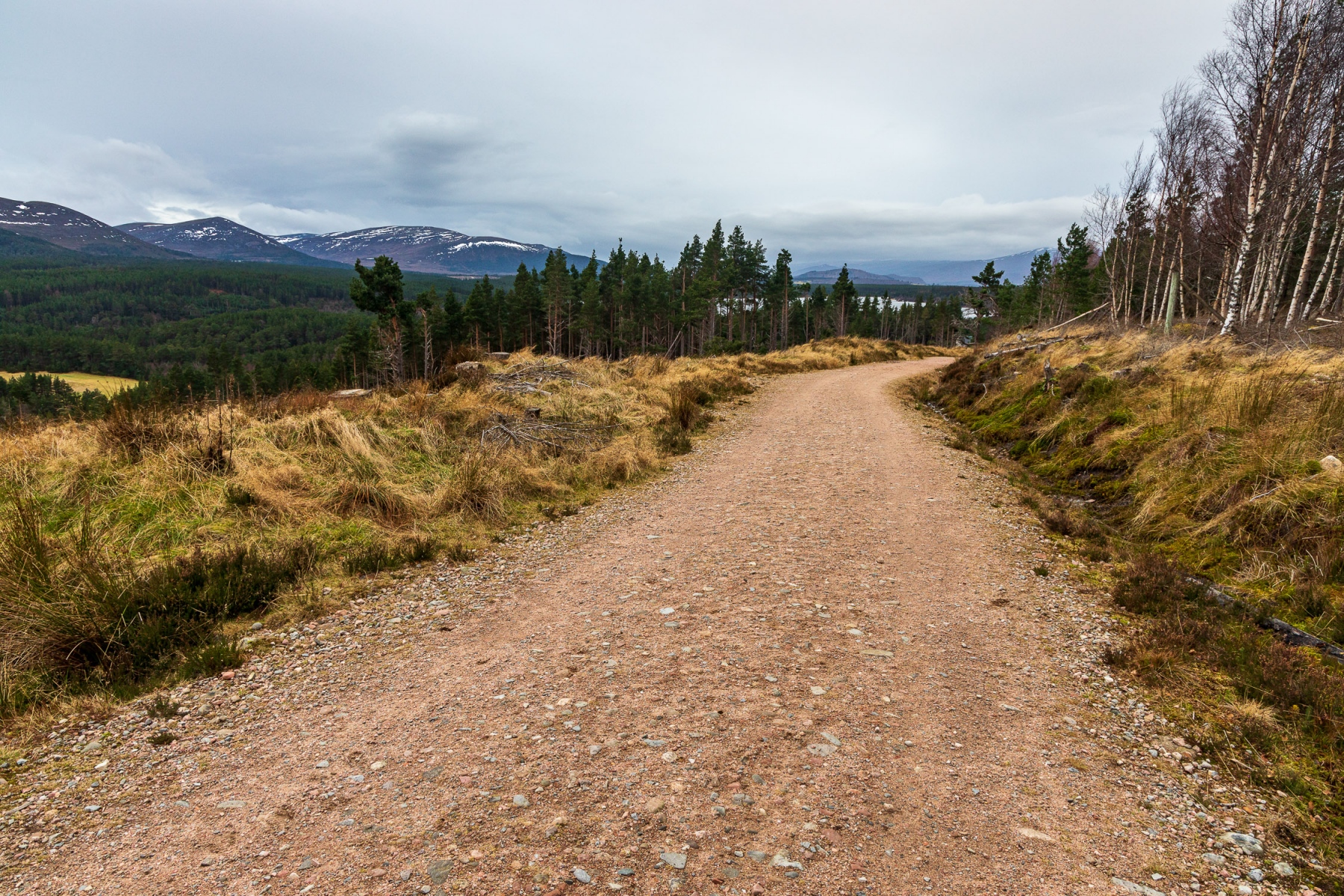 From Aviemore, we headed east, into the heart of the national park along a thickly-wooded road that led through the Rothiemurchus Estate, known for its outdoor sports and activities, and into the Glenmore Forest Park, parking up at the visitor centre opposite Loch Morlich and next to the Cairngorm Reindeer Centre, home to the only herd of these animals to still roam the mountains of Britain. A cold wind blasted across the loch and whistled through the car park, wrenching the car door out of my hands and banging it shut. The sky was gloomy grey and out to the west, rain-bearing clouds were piling up, sending out small offshoots that blew across the Monadhliath Mountains and threatened to dampen our spirits. For the moment, though, it was dry, so we pulled on our boots and suitably windproof clothing and headed off. 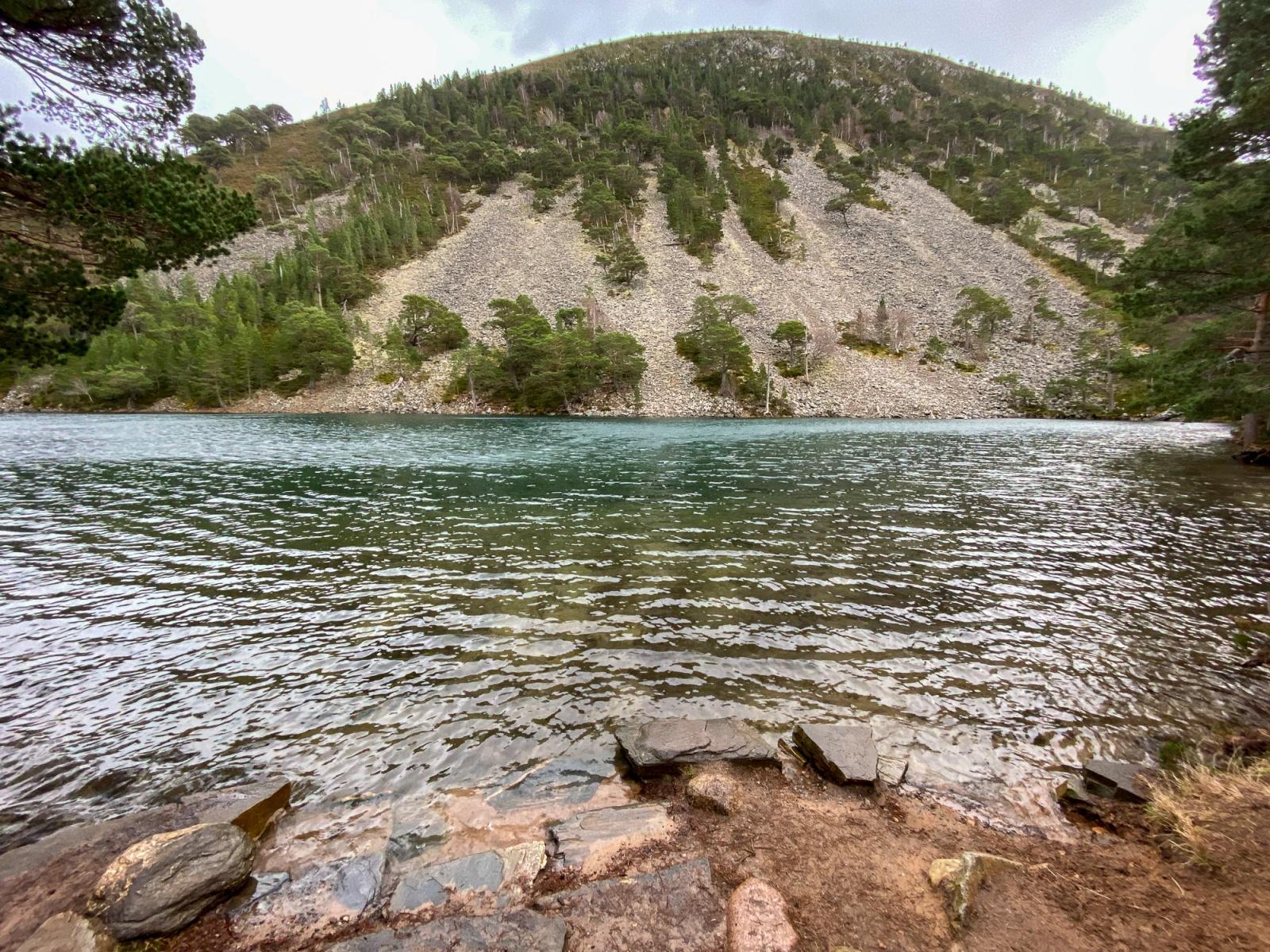 We had selected a trail from the Walk Highlands website, a superb place for routes of all lengths and difficulties all across the Highlands, as well as general information on mountain safety, places to stay and things to see across the region. When looking for information on walks suitable for whatever weather the mountains have decided they fancy that day, this is the first place I go these days. If you combine this site with a collection of Ordnance Survey maps and a large dollop of common sense, it is easy to find a walk within your capabilities and the constraints of the terrain and climate that will allow you to experience what this wonderful part of the planet has to offer without getting yourself into trouble. The route, the 10km Ryvoan and Lochan Uaine circuit, led initially through old Caledonian pine forest, climbing over a shoulder of Meall a’ Bhuachaille before dropping down to Lochan Uaine. This was a place that carried a sense of magic with its stunningly green waters surrounded by rocky hills and clothed in remnants of ancient forest. On this day, the water was being whipped into waves by the wind, but it was easy to imagine that on a calm, warm day, this was somewhere you could easily while away an afternoon, chilling out in and beside the waters, watching fair weather clouds scud in front of the sun or listening to the cries of the eagles circling way overhead. 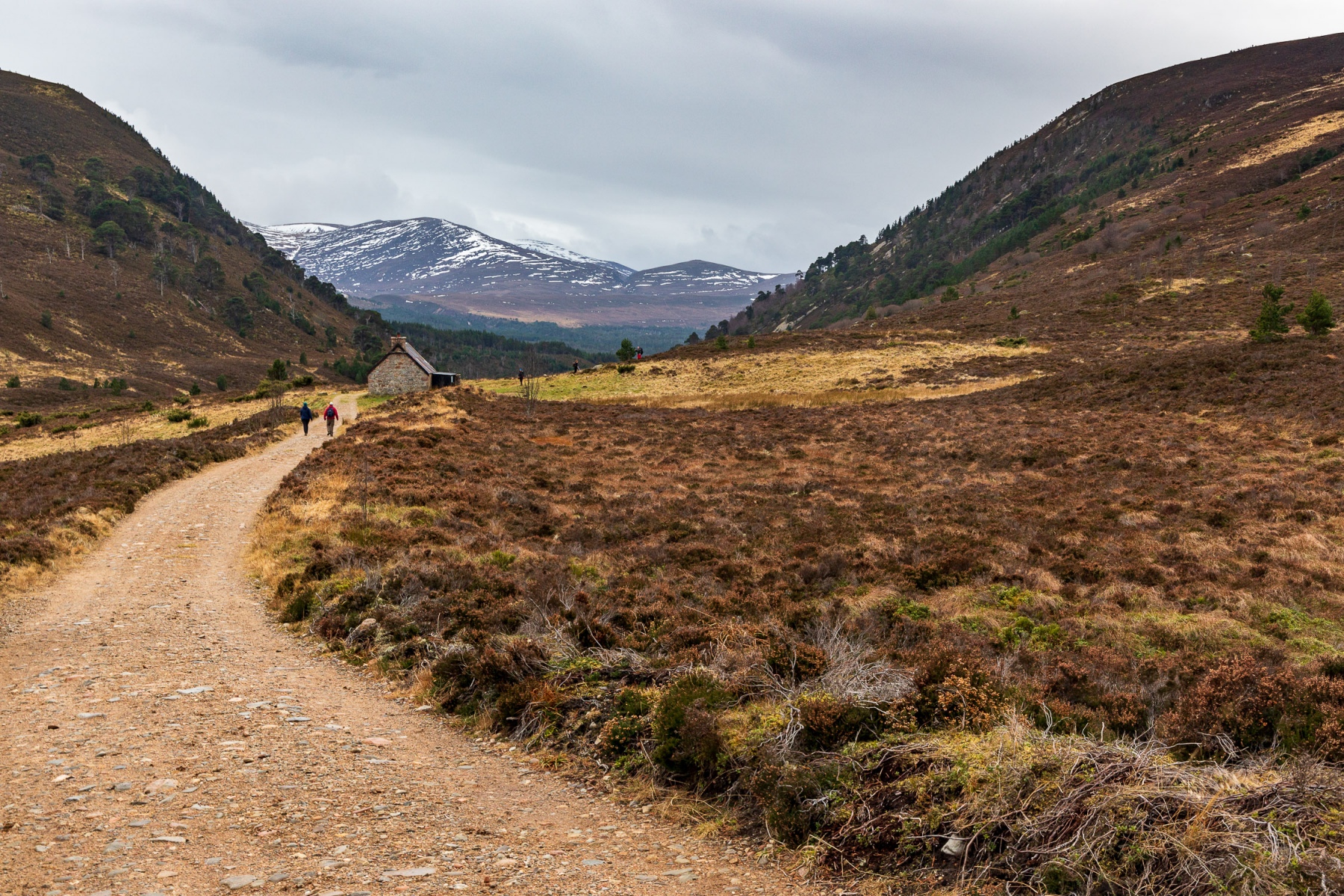 At the head of the lochan we picked up the trail that climbed up through the rocky Ryvoan Pass to the bothy of the same name. As we climbed, the landscape changed, woodland giving way to the heathery, bracken-dotted moorland more familiar to mental images of the Cairngorms, surrounded by vast pine plantations that stretched out to hazy horizons, across the vast Abernethy National Nature Reserve. The vastness of the landscape is something that is hard to mentally adjust to in the Highlands. For a citizen of the English lowlands where you are never more than a couple of kilometres from the nearest road or village, getting your head round the concept that you could walk for tens of miles before hitting any vestige of civilisation or that a single estate could cover the area of a local borough is a challenge. Standing on the path above the bothy and seeing moor and forest stretching out in all directions is an almost humbling experience. 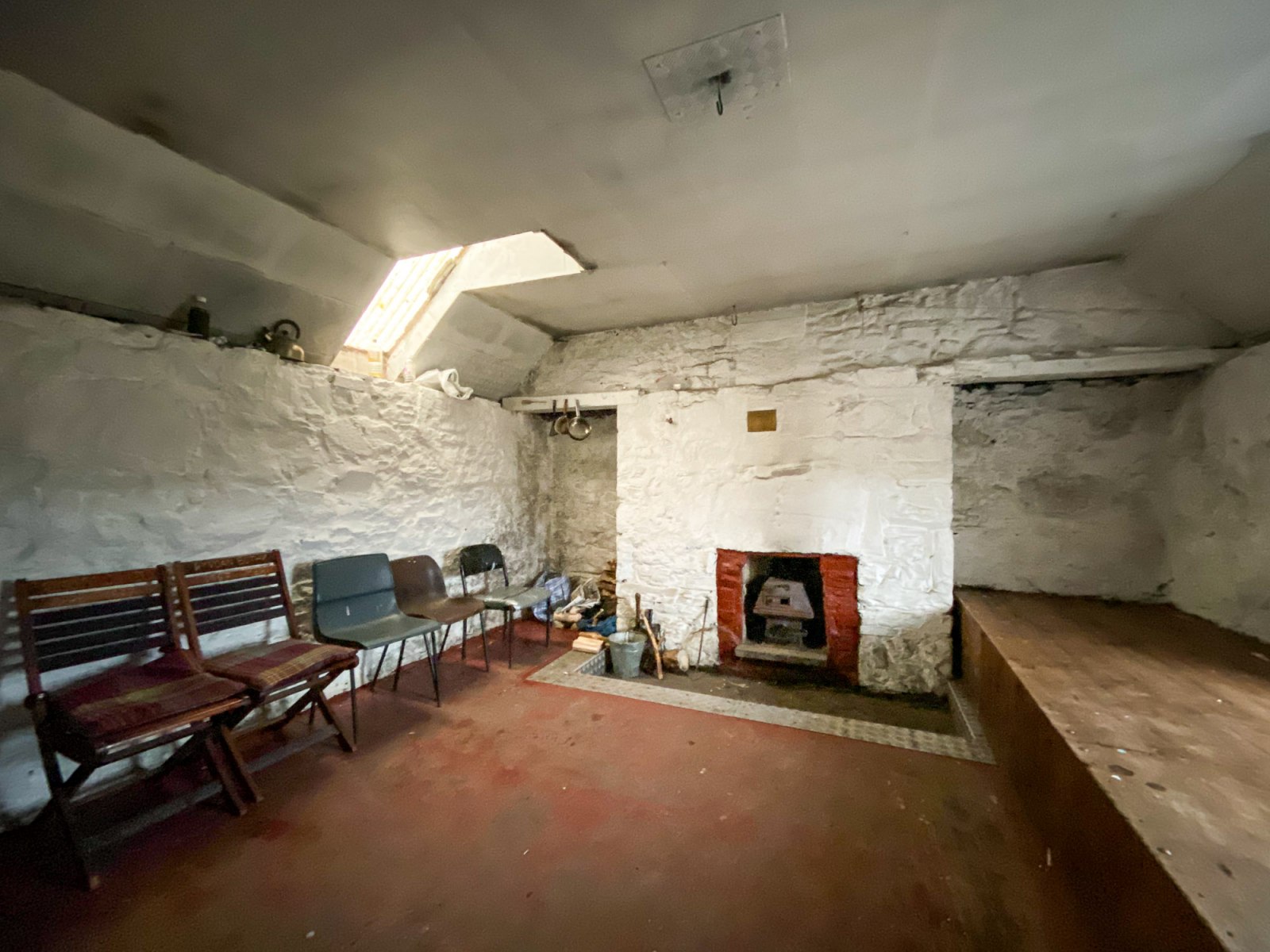 Ryvoan Bothy is one of a multitude scattered across the uplands of Scotland managed by the Mountain Bothy Association. These are generally former farm and estate buildings that are maintained to provide shelter and overnight accommodation to walkers exploring the hills. This one was a small cottage with thick stone walls and a corrugated steel roof that provide the perfect lunch stop with its shelter from the wind and a heavy shower that had decided to blow through. Inside, the single room had a wide platform in front of the windows that provided basic sleeping space. On one wall was a wood-burning stove to provide heat and simple cooking facilities if required. Furniture consisted of a table, a scattering of wooden chairs and a mirror. The table held a visitor logbook and assorted items left behind by previous visitors. Outside in the porch was a supply of cut wood and a pile of logs. The bothies are open to all provided they leave it as they find it, carrying out all of their rubbish and following the bothy code.

From the bothy, we decided to carry on a little along the track that led eventually to Nethy Bridge. We wanted to breathe in some of that sense of space and openness and so we walked on across the moor, past a couple of small lochans until we came to the edge of the nearest forest plantation where we turned back. Daylight was slowly fading, so we picked up the pace, forcing ourselves forward against the full-force of an increasing wind. Gusts buffeted us as we descended down past the bothy and through the pass back to Lochan Uaine. From there we picked up a different path than ran wide and well-surfaced on the south side of the Allt na Feith river, bordered by the lower slopes of the Cairngorm massif and sheltered from the wind by a strip of pine forest. We descended down past the National Outdoor Centre at Glenmore Lodge, past the Reindeer Centre where a gap in the covered fence allowed a glimpse of one of its docile residents happily munching on some hay, and down to the slate-grey, wind-whipped waters of Loch Morlich. The darkening sky was laden with clouds to the south and west, piling up over distant mountain peaks, but directly above, a brief break in the clouds was enough to cast a brief purple hue over the lake as the sun dipped below the far-off horizon. The break was brief. The wind quickly blew the cloud through and the grey returned once more, casting the world into gloom. Dusk, then gathering darkness, were our walking companions as we strode back, through the surprisingly full campsite, to the car, pleased at last to escape from the wind into our little bubble of warmth as we drove back up the A9 to Inverness.

Our legs were aching with the first good stretch after Christmas inactivity and our faces burned from the stinging wind, but we had enjoyed our brief foray into the Cairngorms National Park and left with a promise to return soon for a longer stay.