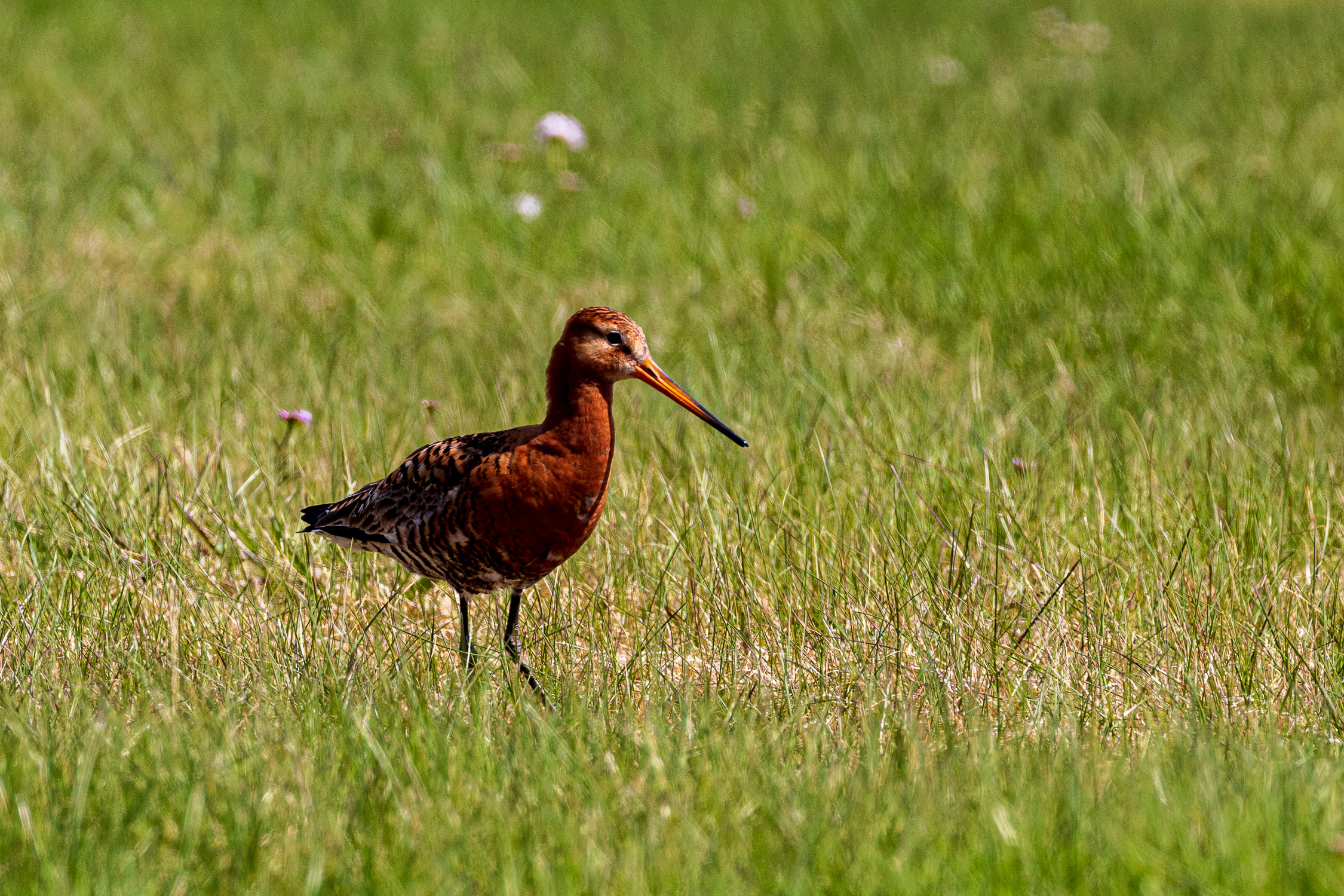 Thingvellir and in fact Iceland in general are known not only for their spectacular scenery but also their wildlife. In the summer months, the coast, rivers, mountains and moors become home to thousands of birds which migrate in to breed and feed in the long daylight hours. Those below were wandering freely around the grassy areas near the Ôxara river not far from the visitor areas, seemingly unconcerned by the people wandering around and largely ignoring them as they sought out the “attractions”.

Golden Plover in the evening sun