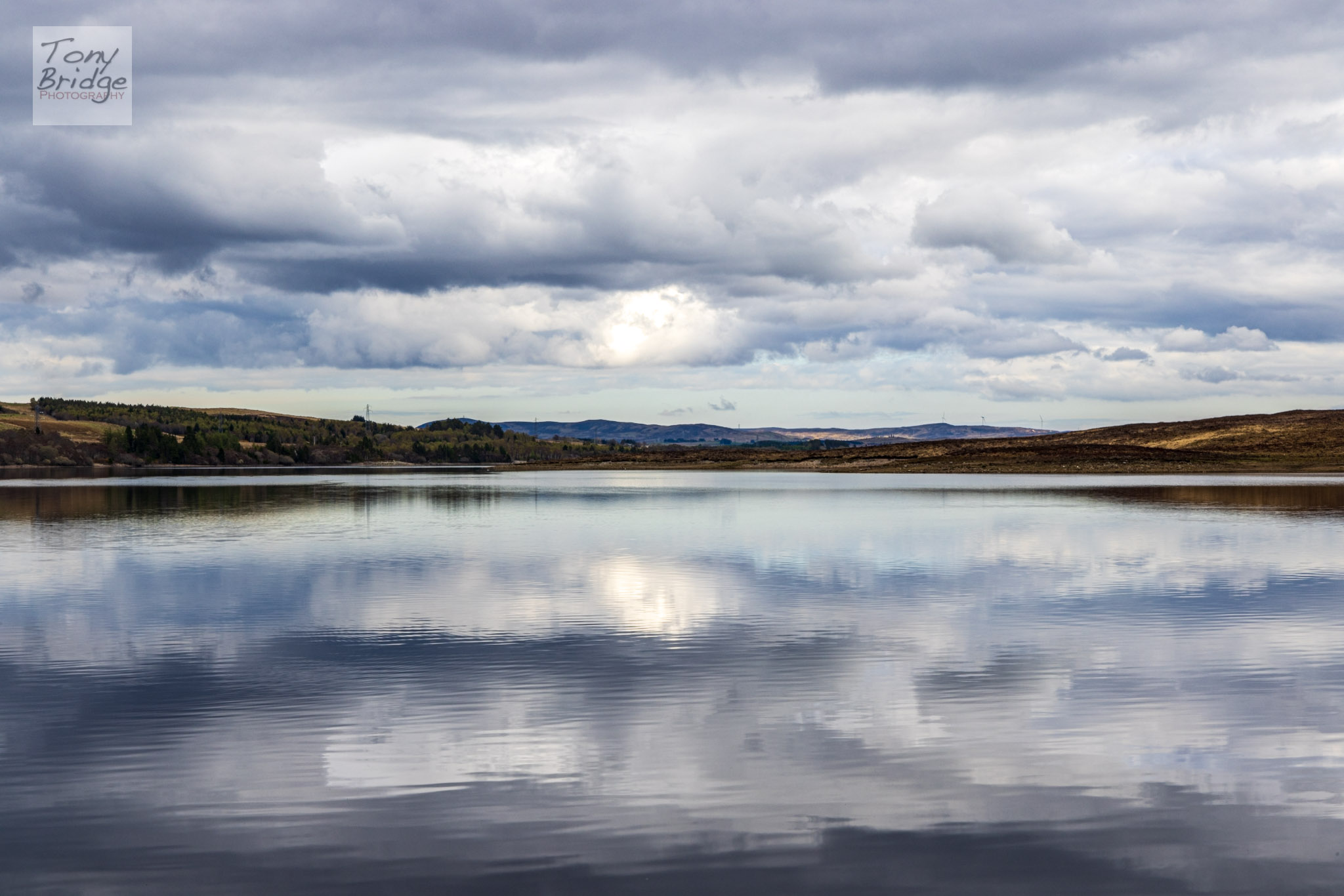 Loch Shin is the largest Loch in Sutherland, stretching from Lairg in the southeast to Corrykinloch at the foot of the Assynt mountains to the northwest. It is only about a mile wide, but at 18 miles long it is large enough to reflect the constantly altering moods of the notoriously changeable weather of the far North. Hemmed in by heather-clad moorland hills and mountains, under a heavy, sagging rainy sky, the loch can brood, its size hidden in veils of mist and emptying clouds. On a still morning with the merest hint of a southeasterly breeze, the morning fog can lift slowly, burned through by the warming morning sun to leave tattered ribbons hanging in front of the steep slopes of Ben More Assynt.

On a calm, Spring day, the loch becomes reflective, figuratively and literally, with the vast cloudscapes of this big sky country mirrored in the silver-slate, gently undulating water’s surface. This shot was taken on one such day, the first day of May, a day of scant breezes and bright, but mainly cloudy skies. This is the view from the landward end of The Airde, a low peninsula of land that points south down the loch below the community of West Shinness along the Lairg to Durness road. Unfortunately you can’t pause for long to reflect on reflections in this part of the world. Just half an hour after this image was captured, the wind picked up from the northwest and the silver, shimmering view was replaced by dark slate waves flecked with just a hint of foam.

The weather had turned, and we turned for home…

Winter light on the Jurassic Coast