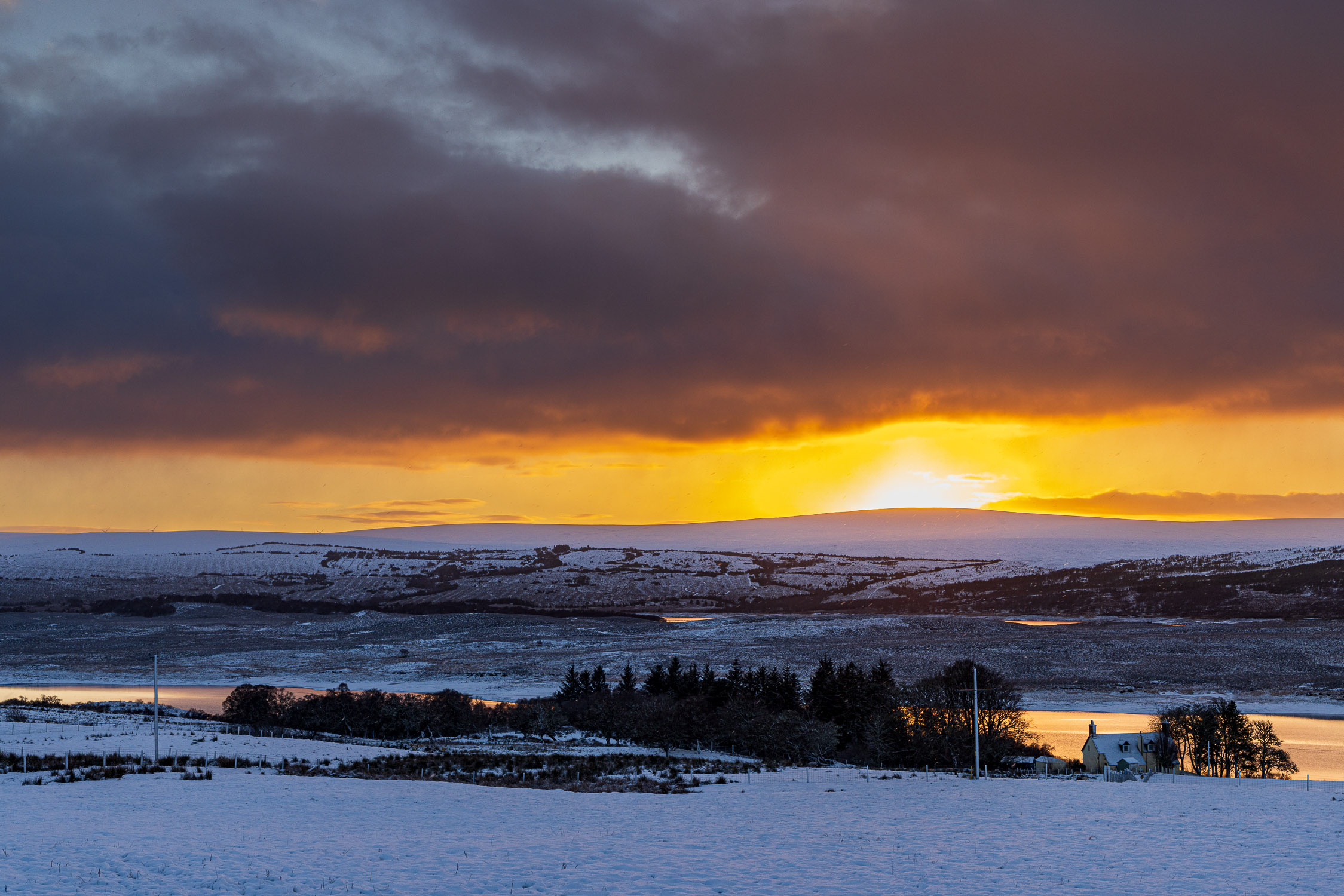 Ok, so I know we are spoiled. When you can look out of your window and see scenes like this, and wander just across the lane to capture them, you have it easy as a landscape photographer. That doesn’t improve, though, the odds of all the elements falling into place for the image you want to capture, that you hold in your mind’s eye for days, hoping that things will come together.

The snow has been around here for a few days, but up until now our very early sunsets have brought cloud, fog or clear featureless skies. Today, after crisp fresh snow fell overnight, scattered snow showers have brought us clouds and sun and spectacular light. This afternoon, just as the sun dipped behind the hills opposite, a light snow shower blew in from the North, the cloud streaming down across the Loch Shin, drifting above the sun and catching its fiery glow. The calm water below fired up with the reflected orange glow to contrast against the sombre blue hue of the snowfields.

But as in all such times of natural perfection, the moment passed quickly – the shower blew across the scene, blocking out the glow. When it had cleared, the sun had gone, setting on another stunning Winter day up here in the Northern Highlands.

This image is part of the Caithness and Sutherland gallery and is available to license or purchase as a print from my online store.