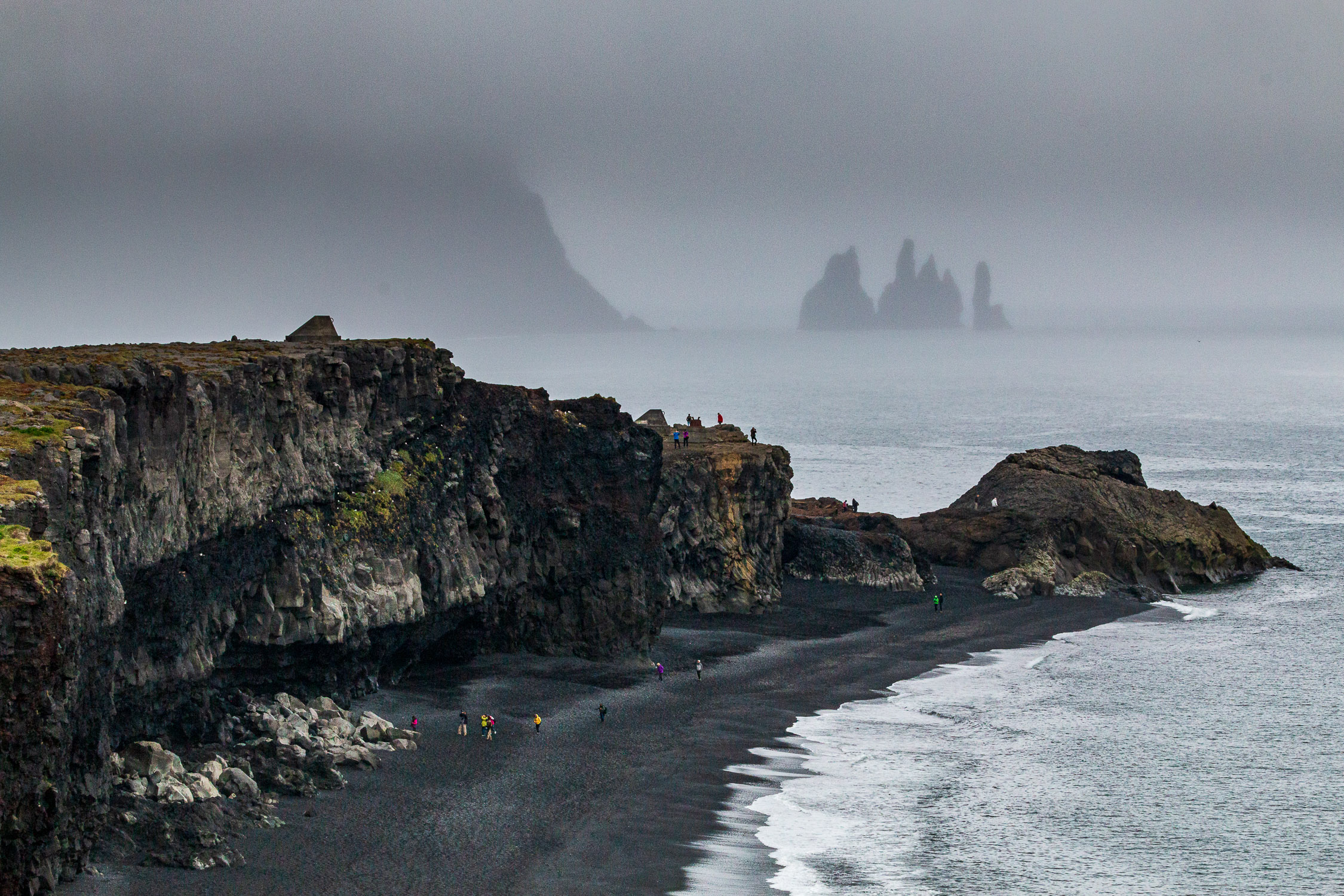 Iceland is a country you don’t just visit, you experience it. It is like a stage drama, played out by the colossal actors of fire, ice and ocean each putting in their greatest ever performance everyday to leave the audience, we mere mortal groundlings, to gasp in awe at the spectacle before them.

These three titans have a support, however, an actor whose performance is less predictable, but which can make or break a scene by their very presence. This actor is the weather, a maverick who on their day can make the performance a tour de force, but can easily ruin the show. You never know which turn the weather will deliver from day to day (or even hour to hour up here in the wilds of the far North Atlantic), but somehow, whatever the performance, it always seems to add to the drama in some way.

The photo below is a view from the headland at Dyrholaey, home to thousands of puffins and other seabirds, battered by Atlantic waves and overlooking windswept black sand beaches. From this headland there is an imposing view east towards the vast bulk of Reynisfjall and the ‘Troll Rocks’ of Reynisdranger at its end. In any weather this would be a fine view, but under a blanket of looming grey cloud and swirling sea mist, it becomes a scene from a gothic horror – moody and mysterious, the dark, harsh, sinister power of Nature hinted at but not displayed. What else is hidden in the horizon’s gloom? What mysteries await the viewer as they travel east into the grey? What threat and further drama lie ahead?

We will soon see in the days ahead…

Sunshine in the fog

The last leaves of Autumn