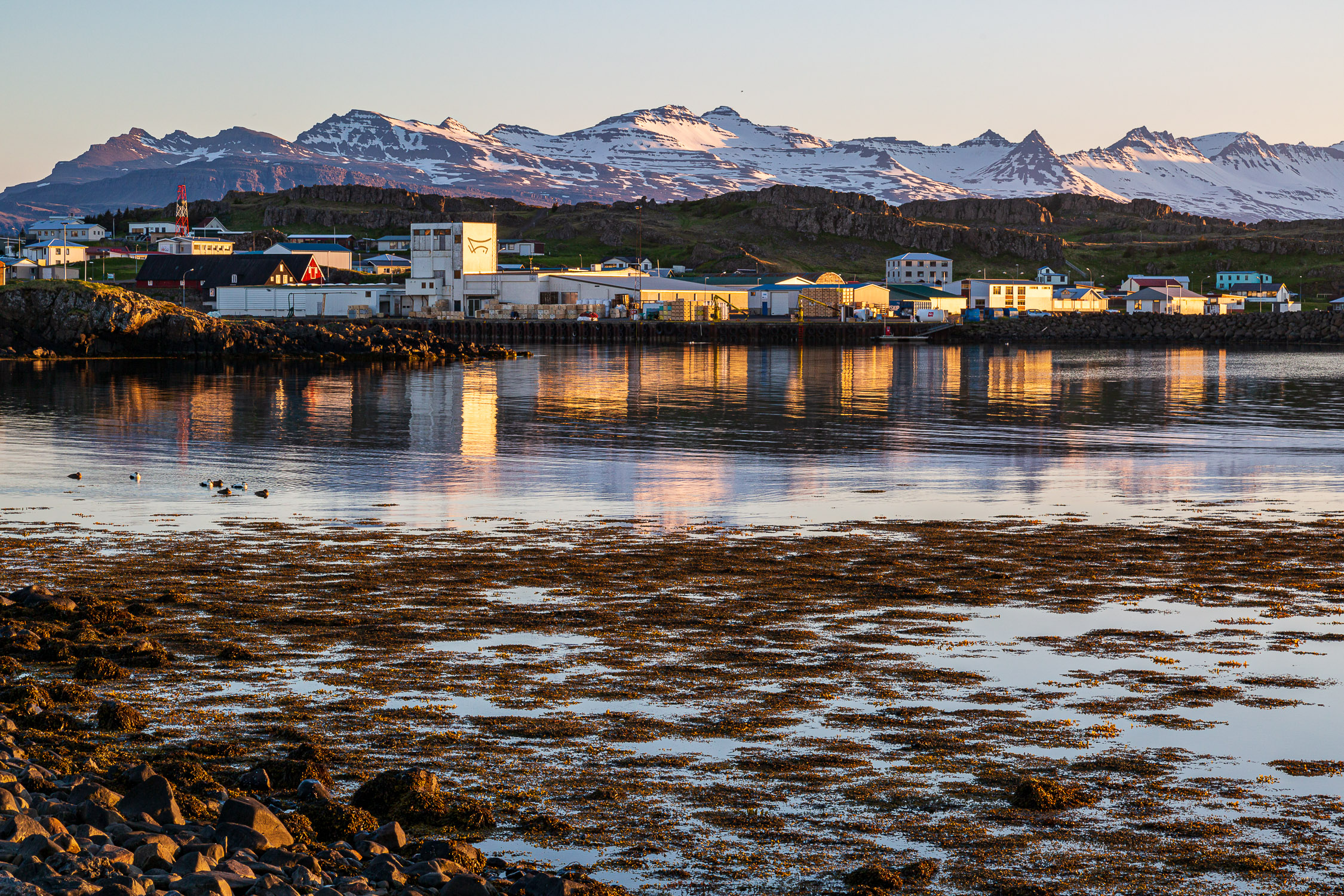 Like most Icelandic towns, Djupivogur, nestling in the far south of the Eastfjords on the corner where southern Iceland becomes eastern Iceland, is a functional rather than pretty town. Most of the towns are pretty modern, the majority of their growth coming in the 20th century often since the 1940s. The buildings are therefore modern, concrete, often clad and roofed in corrugated steel to keep out the wild weather.

Not that it really matters how attractive the architecture is when it sits in surroundings such as this – nestled at the foot of jagged mountains that separate it from the rest of Iceland and lapped by the waters of the fjords that surround it on 3 sides.

And don’t get me started on the light! This photo was taken way past 10 o’clock at night, the sun still high in the sky out to the north west. Stubbornly, as is the way in these parts, it had no intention of setting for a couple of hours and then for barely a few minutes. It was a calm evening and the golden sunlight quietly reflected off the snow-capped peaks and whitewashed buildings to create shimmering mirror-images in the water of the fjord. Apart from us on our late night exploration, the only witnesses to this fabulous show of nature were the thousands of birds taking in the view and filling the still, crisp air with their cries.

Late-night sunshine behind the mountains, Djupivogur