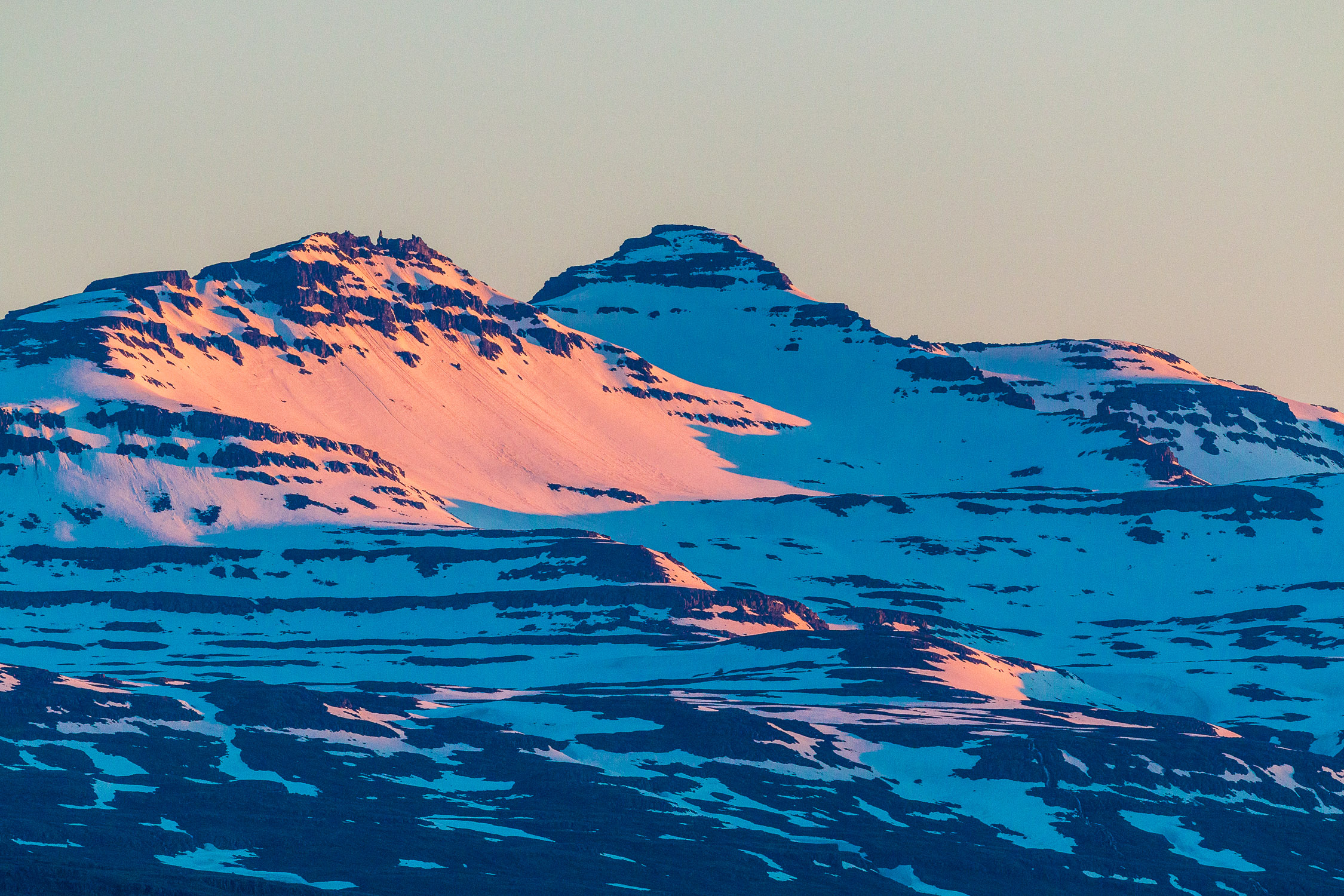 Alpenglow is a common phenomenon in mountainous regions. It occurs when, because of their height, peaks continue to pick up the sun’s rays even though it is out of sight below the horizon at ground level. It creates a stunning effect as the mountaintops stand highlighted amidst a landscape cast into the shadowy blue of dusk.

In Iceland, in the summer, with the sun skipping only just below the horizon in the middle of ‘night’, even the relatively modest peaks (the ones below are on a par with the Scottish Highlands) catch the Alpenglow and keep it until the sun starts to climb in the sky again at sunrise…

View across the Afon Llugwy valley towards Betws-y-Coed.