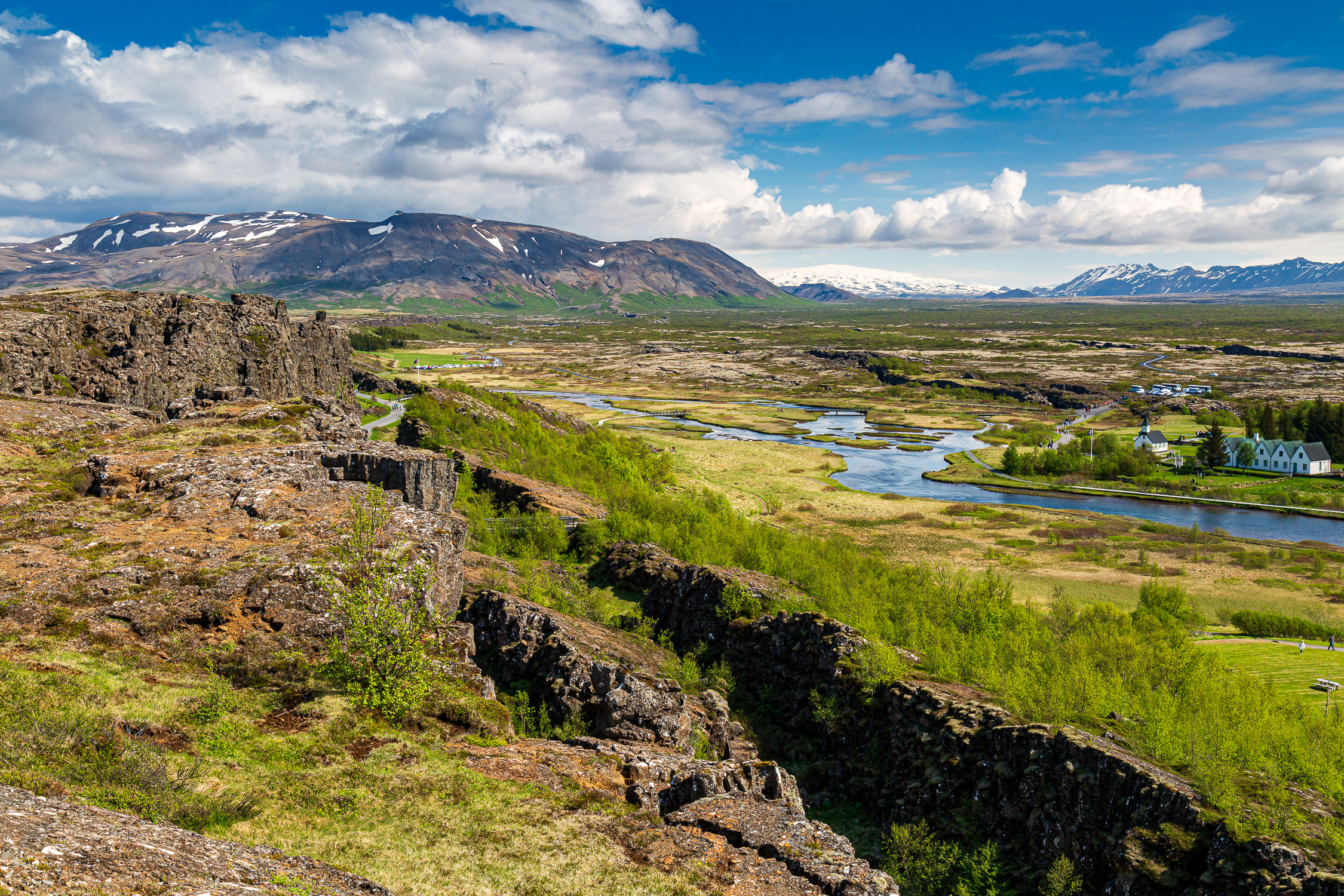 The glorious view from atop the Almannagjá cliffs overlooking the rift valley of Thingvellir National Park. This is a place of fabulous natural history and Icelandic heritage. The valley fills the ever-widening gap between the North American tectonic plate (which Almannagjá is the edge of) and the Eurasian plate several kilometres distant. It may be slow motion, but the two plates are moving inexorably apart and as they do so, the valley floor drops a few millimetres each year. This creates an evocative landscape of river moorland and meandering rivers, bounded to the east by the Hrafnabörg massif and the distant glaciers of Iceland’s wild interior.

This site was chosen in the years after the settlement of Iceland as the site of its Althing or parliament. Each year all of the country’s influential families would make there way there from across the country to hear the laws proclaimed and justice being delivered. The families attendees would set up camps at the food of these cliffs and gather to hear the speaker high up on the Lögberg or Law Rock jutting out from the centre. Parliament met there every year from about 930 CE through to 1800.

Thingvellir is one stop on the “Golden Triangle” tourist drag out of Rekjavik an is popular with coach tours. Don’t let this put you off though, the tours don’t stay for long and it’s easy to shake them off and find some peace and quiet. Come earlier or later in the day and take your time to appreciate this inspiring, calming place.