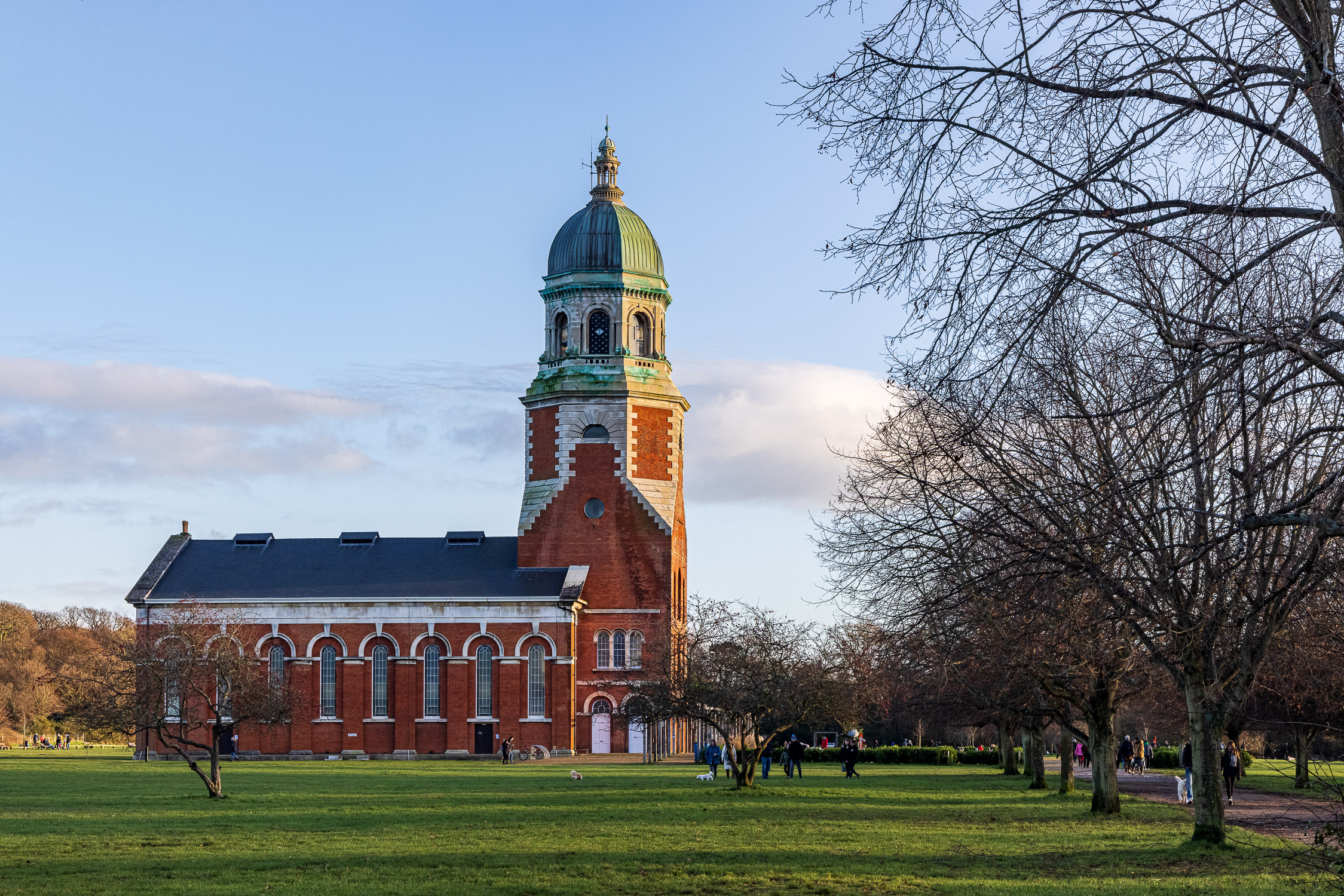 We were supposed to be spending the post-Christmas and New Year period walking and photographing the hills of Dumfries and Galloway, that bit of Scotland thst most people whistle through en route to the delights of further north. Our friend, the novel Coronavirus, put paid to that as it did most plans for 2020, so we ended up holidaying at home.With every problem comes an opportunity, and so we decided to do what we would have been doing in Scotland in our home county instead – explore the countryside, get some decent walking in and see what photographic opportunities present themselves. It easy to overlook what is on your doorstep, even when confined to your local area…

This is from the first walk of our “holiday”, part of a 15.5km ramble from our front door along Southampton Water to Royal Victoria Country Park and the Netley Military cemetary and back. This is the chapel of the Royal Victoria Hospital that stood on this site from 1863 until a fire and subsequent demolition in 1966. The chapel itself was almost demolished at the same time, but was thankfully saved and now forms an iconic main piece to the park, visible to all the ships sailing Southampton Water

Around the Keyhaven Marshes