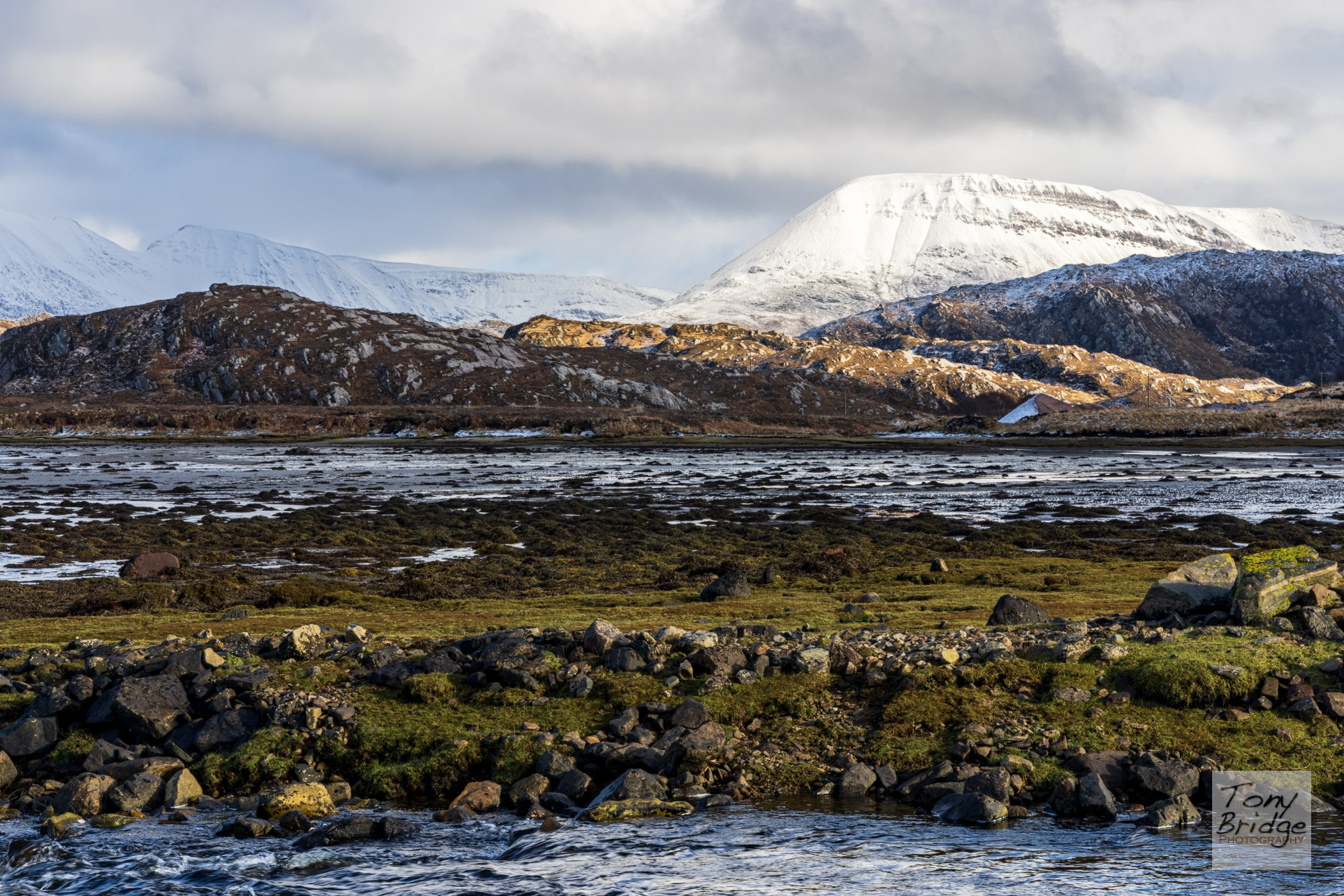 The single track A838 runs from just north of Lairg heading northwest. It hugs the northern shore of the stunning Loch Shin, passing through the small community of West Shinness (wave as you come through!) before passing the loch’s end and diving into the mountains of the Reay Forest. It winds round the feet of Ben Hee, Ben Leoid, Ben Stack and Arkle, past Lochs Merkland, More and Stack. This is wild, empty country with just a few, small, scattered communities along the road’s length. It is a raw, elemental place that carries the mood of whatever the whim of weather is at the moment. The drive requires concentration and adeptness at using passing places, but pays you back with the unforgettable sights and sounds along the way.

The A838 ends at Laxford Bridge where it joins the A894 and the North Coast 500. Turn left here and you’ll soon realise that you’ve only had the appetiser for the banquet that is the Northwest Highlands. The main course lies ahead of you on the drive down to Ullapool, undoubtedly one of the world’s most eye-achingly spectacular drives, as you pass through a landscape from a different world, from a different epoch and pass by some of Scotland’s most iconic mountains…

A change of plans…

View from the Front Door #2