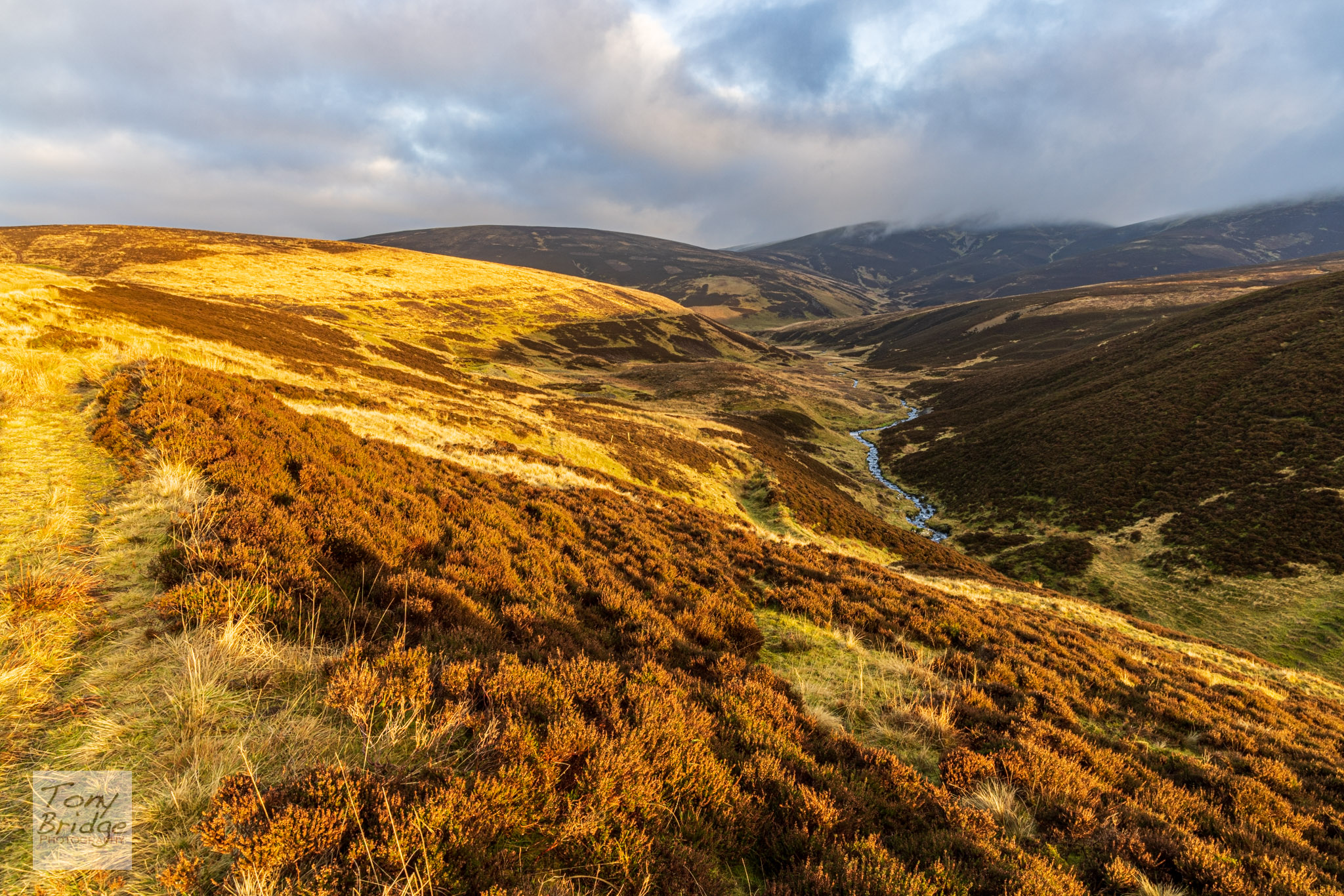 Late afternoon sunlight illuminates the folds of the Lowther Hills on a late December day near Leadhills, South Lanarkshire

The Borders is the oft-forgotten corner of Scotland. It is the part people whizz through on their way north from the English border en route to the cities of the Central Belt or in their haste to see the glories of the Highlands. Though just a hundred or so miles north of the Lakes and less north of the North Pennines or hills of Northumberland, few venture this far up.

Those who don’t stop are missing out. The chain of hills that stretches from the Galloway Hills in the southwest to the Pentland Hills overlooking the Firth of Forth near Edinburgh are superb walking country – as high as the Pennines and much of the Lakes, but with none of the crowds or traffic.

The scene below is from a late-December afternoon in the Lowther Hills near to Scotland’s highest villages of Leadhills and Wanlockhead. After a grey and drizzly cold day, the clouds parted for just long enough to cast a golden glow on this view over the valley of a small river beneath the looming bulk of the hills.

Image available to licence/buy as a print in my online store:

View from the front door #5

Pile up in the snow… Sutherland style